Posted by Scott Cohen On January 9, 2014 in story time I 0 Comments

It’s no secret that retailers ramp up their email marketing volume come the holiday season. They would be fools not to milk that “special” time of year for all it’s worth.

There was one retailer in particular—for me, at least—that took the holiday season as a cue to unleash the hounds onto my inbox. That retailer is Brookstone.

I’ve always been a fan of Brookstone—mostly for the massage chairs and the free lounging time they used to heartily encourage back in my youth (when malls were a thing and cells phones only existed in Mercedes). I’ve even purchased a couple of products—in-store, not online. As a result of my fandom, I’ve been on their email marketing list for at least a couple of years now.

I had a feeling that the onslaught was coming when in November, the email marketing volume went from a few per week to once a day. Then, as we approached Thanksgiving, it happened:

I received 111 emails between Thanksgiving Day and Christmas Eve.

Over those 27 days, that averages out to a little over 4 emails per day.

At first glance, that seems excessive. On the other hand, there is some logic to mailing multiple times a day.

Multiple touches keep you front and center during a time when the inbox is literally overflowing with offers from retailers everywhere. And, if your spam and unsubscribe rates stay low (or spike to an “acceptable” level given your strategy) and your open and click rates warrant it, why not? CPM is low enough that the law of diminishing returns may not affect you.

With no data to look at to determine success*, I can only make assumptions about how Brookstone’s holiday approach performed. Here are three assumptions I can make:

I received a lot of repeat subject lines (or subject line with minor modifications). For example:

What does that mean? Those subject lines were working, and they kept testing against it. I was probably in either the A group or the “winning” group.

Assumption: Spam complaints and unsubscribe rates were within “acceptable” limits.

Why can I assume this? Email volume increased after Thanksgiving from 3 emails per day to 5 emails per day. Then the volume continued throughout the entire holiday season.

Which leads me to my final assumption:

Assumption: The campaign was a success.

This assumption is admittedly the hardest to make without seeing the data for myself. There are, however, two explanations I can think of as to why the volume would ramp up and continue for the entire holiday season:

I’m inclined to believe that the campaign worked and Brookstone’s email team rode their testing and aggressive strategy to hitting their holiday goals.

So, what do we learn from this?

Here are my takeaways:

* I have reached out to the email team at Brookstone to see if I can get any data or anecdotal information on their holiday season success. Brookstone is not a client of ours, but I will update this blog post or post new information if I get anything in return. 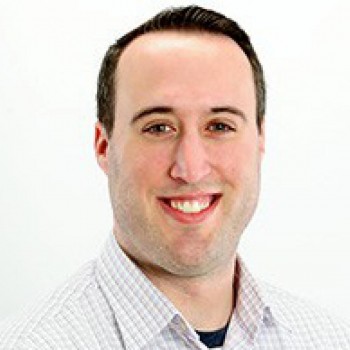